Role of the Interim Administrator

As interim administrator of Ipswich City Council, Steve Greenwood exercises the powers and responsibilities of the Ipswich City Council mayor and councillors. He is solely responsible for the good rule and local government of Ipswich, which means he makes decisions on behalf of council. That said, his position is 'Interim Administrator', not 'Acting Mayor'. He is not the ‘face’ of the city and he does not purport to be comprehensively aware of the various interests of all Ipswich residents. Instead, he is focused on making the right policy decisions for the betterment of the long-term interests of the City of Ipswich as a whole. Operational issues are still handled by council officers.

To learn more about how to engage with council under interim administration visit our Interim Administration FAQs.

In 2018, Steve was appointed as one of the expert five-person Interim Management Committee to assist former interim administrator Greg Chemello bring positive and ethical change to Ipswich City Council.

On 13 January 2020, Steve was appointed Ipswich City Council interim administrator until the new mayor and councillors are elected at the 28 March local government elections 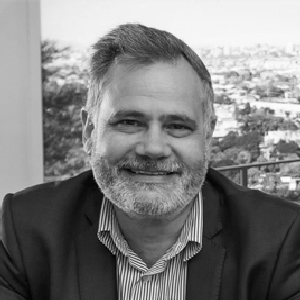 In addition to roles involved with delivery of developments and capital works, Greg has extensive business management experience, having undertaken roles at director, general manager and senior executive levels for a number of private companies and public sector organisations. Greg has developed considerable expertise in areas such as strategic planning, governance, change management, commercial negotiation and stakeholder management and communication.

Prior to his appointment as interim administrator, Greg's most recent role as general manager of Economic Development Queensland (EDQ) involved leading EDQ's land use and infrastructure planning, community consultation and property development teams to facilitate economic and community development opportunities on sites across the state.

Greg served as Ipswich City Council interim administrator from August 2018 until January 2020 when he was appointed CEO of Moreton Bay Regional Council.

Office of the Interim Administrator