The Ipswich Film Festival for Youth (IFFY) is back for 2020.  The competition will be open from Monday 13 July to Friday 18 September 2020. Youth aged from 7 to 25 years are invited to make a short film with their friends or as individuals and submit the film to be in the running for some great prizes. Films should be no longer than 5 minutes (300 seconds).

We are pleased to announce the theme for 2020 – Perceptions vs Reality.

What is perception, what is reality, how do they relate to youth today – tell us in your videos!

The Ipswich Film Festival for Youth short film screening and award ceremony will be held on Saturday 17 October 2020.  Due to current restrictions details of the event will be confirmed closer to the date.  Prizes will be awarded for each age group category and include a major prize of a GoPro and minor prizes of gift cards, with a total prize value of $3,390.00.

Judging categories for the 7 to 11 years Ipswich Film Festival for Youth short film competition, have been designed to encourage kids creativity while keeping the criteria simple. Entries for ‘Share It’ can be simply filmed on a mobile phone, with multiple short clips making up a story. ‘Single Shot’ encourages kids to think about what story they wish to tell & if they can combine the action into one consecutive take. ‘Comedy’ allows kids to be whimsical & silly while having a ball of fun filming a gag or two.

Judging categories for the 12 to 17 years Ipswich Film Festival for Youth short film competition, have been designed to expand on the interests of middle & high school ages youth. From a General Admission entry, additional entry opportunities include telling a story through a Documentary, letting their creativity flourish with Computer Animation or working with an artist to make a one of a kind Music Video.

Judging categories for the 18 to 25 years Ipswich Film Festival for Youth short film competition have been designed to create an opportunity for tertiary ages youth to present their film making works. From a General Entry, to a Documentary, Music Video or working with Animation / Stop Motion, these film makers can dive deeply into the theme & allow the creative juices flow into their work.

The talented members of the 2020 IFFY judging panel: 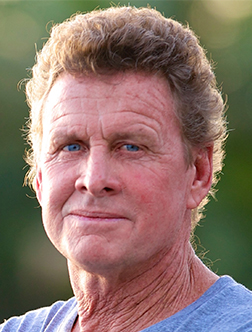 Greg Huglin received an Oscar® as one of the Cinematographers of the 2010 Academy Award® winning Best Documentary, "The Cove". Greg has also produced and filmed many ocean-themed documentaries and his footage has been used in over 200 international TV commercials, documentaries and feature films.

He has spent several thousand days on location as a 'Natural Light' still photographer and has shot hundreds of magazine covers and advertisements.

Greg graduated with a Filmmaking Degree (BFA) from the San Francisco Art Institute and holds a University level teaching credential from the California Community Colleges. 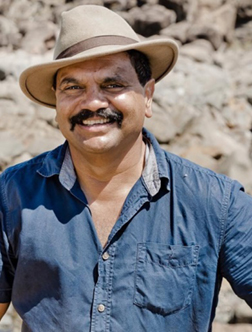 EJ Garrett is a producer, director, videographer and writer of indigenous content for mainstream audiences, specialising in short form content and factual storytelling.

EJ started his career in media as producer/presenter of Murri Minute, a series of vignettes screened on commercial television that portrayed Aboriginal and Torres Strait Islander communities in a positive way. He also produced TV commercials covering topics including health, child protection and homelessness, as well as content for corporate audiences.

EJ currently owns and operates JETZAK , a socially conscious media production company specialising in media content campaigns for community based organisations and services. A Darumbal man from the coastal lands of Central Queensland. EJ and his mother are from the Wulli Wulli people of the Burnett region and the content that he produces about his people is positive and contemporary. EJ has also served as an executive board member of the Ipswich Women’s Centre Against Domestic Violence, is a White Ribbon Ambassador and also an executive board member for the Kambu Progress Society, an organisation providing much-needed affordable housing solutions to the Aboriginal and Torres Strait Islander community of Ipswich.

Mikaele Iese turned his interest in television into a career, starting with a short course Certificate in Television Production at the Auckland University of Technology in 1995. Since then, Mikaele’s desire to develop his skills as a sound recordist enabled him to work on location for multiple film and television shoots, as well as working in the production studio.

He furthered his professional development by completing a Bachelor in Performing and Screen, majoring in Screen Arts, in 2011. Mikaele has worked on everything from infomercials, promotional video’s, short films and documentaries with some of the industry’s best production companies and producers, including working for Maori Television children’s show; Pukoro.

See the below filmmaking tips and tricks to get you inspired and ensure your 2019 IFFY film entry is as polished as possible before submission.

The Ipswich Film Festival for Youth (IFFY) 2019 took place from Monday 15 July to Friday 20 September 2019. Youth aged from 7 to 25 years were invited to make a short film with their friends and submit the film to be in the running for some great prizes.

The 2019 competition evolved to include three age group categories: 7-11 years, 12-17 years and 18-25 years, with prizes for each category. The theme for the competition was 'FUTURE – What is Possible...'.

The Ipswich Film Festival for Youth short film screening and award ceremony was hosted at The Circle, Robelle Domain on Saturday 19 October. Prizes were awarded for each age group category and included a major prize of a GoPro and minor prizes of gift cards, with a total prize value of $3,600.00.

Congratulations to all entrants on the quality of entries and to the winners selected in each category - click on the film names below to view the winning entries:

With thanks to our supporters: