Division 3 is oriented in a west-east direction with Brisbane Road and the Ipswich train line through its core. In the western extent is Leichhardt and One Mile, with the northern extent largely bound by the Bremer and Brisbane Rivers.

Community Matters - Catch up with your Councillors

Would you like to engage with your Councillors and discuss important issues in your area, provide feedback on projects and have your say regarding community engagement initiatives Council is undertaking? Full a full list of Community Catch up dates and locations visit Community Matters. 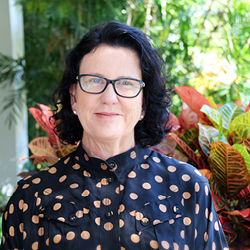 Councillor Doyle was born and raised in Ipswich and now resides in Sadliers Crossing. She is a St Mary’s old girl and holds a Bachelor of Laws and Master of Laws. Cr Doyle brings a wealth of corporate experience to council having worked for almost 25 years as a banking and finance lawyer. Cr Doyle has undertaken extensive work on projects including open data, privacy and digital transformation – important issues in Australia with a direct impact on local government. Cr Doyle is Chair, Ipswich Central Redevelopment Committee.

Councillor Fechner is an Ipswich local with a long history with council. While a student at St Edmund’s College he was also a member of the Ipswich Youth Advisory Council. Cr Fechner has spent the past five years building two successful hospitality businesses in Ipswich Central, providing jobs and supporting the local community. Cr Fechner aims to be a strong voice for young people in the city. Cr Fechner is Chair, Community, Culture, Arts and Sport Committee; and Deputy Chair, Environment and Sustainability Committee.