The Ipswich Film Festival for Youth (IFFY) is back for 2021. The competition will be open from Monday 12 July to Friday 17 September 2021. Youth aged from 7 to 25 years are invited to make a short film with their friends or as individuals and submit the film to be in the running for some great prizes. Films should be no longer than 5 minutes (300 seconds).

2021 Theme – Choose Your Own Adventure

Life is full of choices, which way will you go?

The Ipswich Film Festival for Youth short film screening and award ceremony will be held on Saturday 16 October 2020.

Join us in person and watch on the big screen at Robelle Domain, Springfield.

Prizes will be awarded for each age group category.

Judging Criteria for all categories:

Judging categories for the 7 to 11 years Ipswich Film Festival for Youth short film competition, have been designed to encourage kids creativity while keeping the criteria simple.

Judging categories for the 12 to 17 years Ipswich Film Festival for Youth short film competition, have been designed to expand on the interests of middle & high school ages youth. From a General Admission entry, additional entry opportunities include telling a story through a Documentary, letting their creativity flourish with Computer Animation or working with an artist to make a one of a kind Music Video.

Judging categories for the 18 to 25 years Ipswich Film Festival for Youth short film competition have been designed to create an opportunity for tertiary ages youth to present their film making works. From a General Entry, to a Documentary, Music Video or working with Animation / Stop Motion, these film makers can dive deeply into the theme & allow the creative juices flow into their work.

The talented members of the 2021 IFFY judging panel: 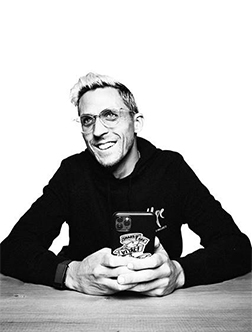 Andre Borell is co-founder of The Hype Project and Producer and Director of Envoy: Cull. Andre has had a passion for photography and videography from a young age, from jerry-rigging handycams to mountain bike helmets and go-karts, to building underwater camera housings as a teenager.

He is a successful entrepreneur who has grown multiple businesses in various industries. Andre co-founded The Hype Project in 2018 with a single goal in mind - to make films that matter.

Andre’s inspiration for Envoy: Cull started in 2014 during the WA shark cull. This inspiration continued to grow as the QLD and NSW culls continued, even after the WA cull was abandoned, with little to no public scrutiny. Andre fulfilled various roles and worked endless hours on the production of Envoy: Cull, driven by an unwavering creative vision and burning desire to facilitate change. 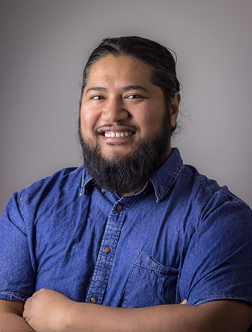 Mikaele Iese turned his interest in television into a career, starting with a short course Certificate in Television Production at the Auckland University of Technology in 1995. Since then, Mikaele’s desire to develop his skills as a sound recordist enabled him to work on location for multiple film and television shoots, as well as working in the production studio.

He furthered his professional development by completing a Bachelor in Performing and Screen, majoring in Screen Arts, in 2011. Mikaele has worked on everything from infomercials, promotional video’s, short films and documentaries with some of the industry’s best production companies and producers, including working for Maori Television children’s show; Pukoro. 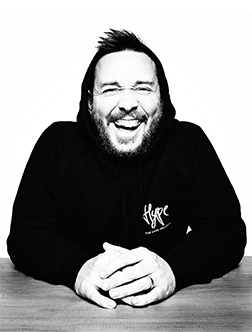 Reese Lowe is an Ipswich local; an Agency Director, Storyteller and Cinematographer. He has turned his love of storytelling into the thriving branding and digital marketing agency, The Hype Project.

He enjoys delving into the back story in order to bring things creatively to life. Reese is a disruptor at heart and loves to challenge the norm. The worst thing you can say to him is that ‘it’s always happened like this’ since he won’t quit until he’s found a new way to do it faster and better than everyone else.

Reese’s most recent project has been as Associate Producer for the feature film, Envoy: Cull. 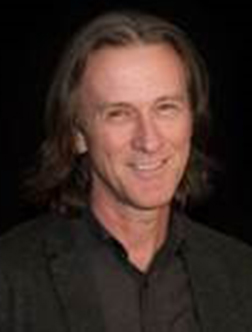 Born and raised in Ipswich, Queensland, Tony graduated from Griffith Film School and QUT Drama before beginning a career making dozens of music videos for some of Australia’s best bands including Regurgitator, The Superjesus, Spiderbait and Savage Garden. After several years working as a producer at MTV Australia in Sydney, he joined Cutting Edge Post in 1997 and quickly became a go-to editor. In 2001, Tony was travelling the world editing car commercials for Paul Street and making music videos for Russell Crowe.

He moved to LA and in between editing promos and commercials, cut two narrative features, ‘Borderlands’ and ‘The Loneliest Road In America’. He also directed and edited the feature documentary, “The Fall of Occupy LA”. In 2018, he decided it was time to give back and became a Lecturer in Film at QUT Creative Industries.

See the below filmmaking tips and tricks to get you inspired and ensure your 2019 IFFY film entry is as polished as possible before submission.

The Ipswich Film Festival for Youth (IFFY) 2019 took place from Monday 15 July to Friday 20 September 2019. Youth aged from 7 to 25 years were invited to make a short film with their friends and submit the film to be in the running for some great prizes.

The 2019 competition evolved to include three age group categories: 7-11 years, 12-17 years and 18-25 years, with prizes for each category. The theme for the competition was 'FUTURE – What is Possible...'.

The Ipswich Film Festival for Youth short film screening and award ceremony was hosted at The Circle, Robelle Domain on Saturday 19 October. Prizes were awarded for each age group category and included a major prize of a GoPro and minor prizes of gift cards, with a total prize value of $3,600.00.

Congratulations to all entrants on the quality of entries and to the winners selected in each category - click on the film names below to view the winning entries:

With thanks to our supporters: